THE CRUISE OF THE ANTARCTIC, Henrik Bull, The Paradigm Press Bluntisham Books, 1984. 243 page VG+ hardcover. bright silver decorative boards, B&W plates, Heine library bookplate, fep., An attractive reprint which retains much of the character of the original scarce first edition. Bull was a Norwegian businessman who had emigrated to Australia in 1885. He was convinced the whales reportedly found in the Ross Sea by Ross could be taken for profit and returned to Norway convincing Svend Foyn, a whaling magnate, to finance an expedition. The expedition left Melbourne for Antarctica on 28 September 1894, crossing the Antarctic Circle on 25 December, they entered the Ross Sea and landed on Possession Island on 19 January. Borchgrevink was on board as a scientist and discovered lichen on the island which was the first vegetation found south of the Antarctic Circle. The expedition later landed at Cape Adare on 24 January and is considered to be the first documented landing on the Antarctic continent. Borchgrevink claimed to be the first ashore but a similar claim was also made by Captain Kristensen and A. H. F. Tunzleman, a young New Zealander. The expedition returned to Melbourne in March 1895 a commercial failure although Borchgrevink used it to launch his Antarctic exploits. (from Glacier books, Pitlochry) - $NZ140 (Arnold Heine Collection) 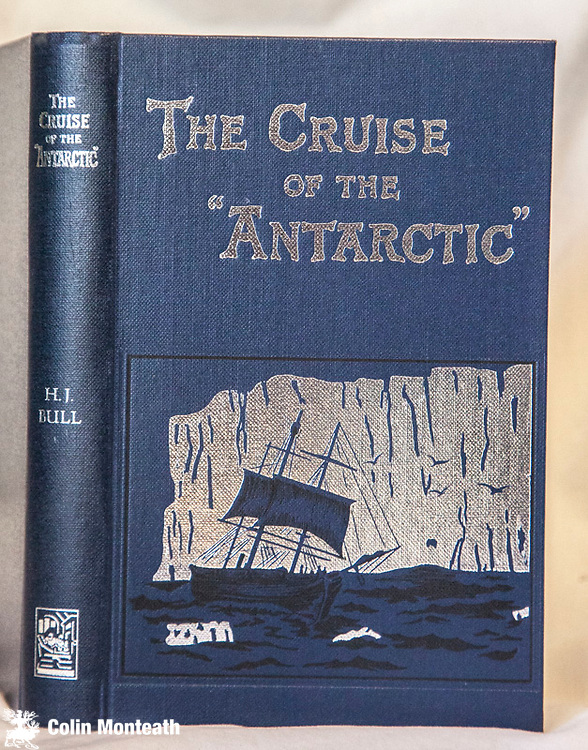